The General Election campaign kicked off today, with the Queen detailing the final legislative programme before the next general election.  Full summary below: 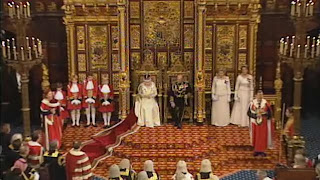 Posted by PSA Communications at 12:17 No comments:

Today's session of PMQs was at the later time of 15:00 due to Armistice Day services. The PM began with a tribute to soldiers who have died in conflicts both in the past and present, which was echoed by Clegg and Cameron. 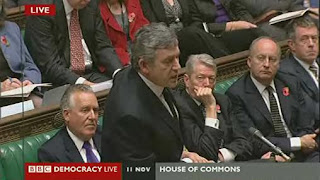 The sombre mood was dispensed with following Cameron's first question, in the most bitter exchange since the return of parliament, the economy dominated.


Cameron using the latest jobless figures in attempt to lay into the government's handling of youth employment, claiming a record number of young people were now unemployed. The PM rebuffed with ease, which gave him the confidence for good performance throughout the session. "Every time we mention policy, he [Cameron] loses it." stated the PM, whilst claiming the government have invested £1 billion into a future jobs fund. Cameron look flustered after failing to land any blows with the employment figures, and his poor performance reflected by the unusually quiet Tory back benches.


Clegg led with cuts to housing benefit, the PM said with gusto, "this is coming from the man who wants savage cuts". A very strong performance from the PM today, the clashes on the economy look set to become all important in the run to the next general election, Cameron needs to convince the public that the Tories have a better grasp on economic recovery.


N.B - The Chancellor today annouced that the Pre Budget Report would be read before the house on the 9th December.

Posted by PSA Communications at 16:16 No comments:

An eventful day, kicking off with the formal publication of the Kelly report on MPs expenses, already heavily leaked and contained no great surprises; see below for a summary of the key recommendations. Full report available here.

All three party leaders used their opportunity to speak at PMQs today, to fully support the entirety of the report’s recommendations.

Another sombre PMQs today, which was dominated by Afghanistan, with particular interest in the Afghan security forces and the legitimacy of the newly formed Karzai government. There were many references to cast iron guarantees from Labour backbenchers, who could not resist mocking Cameron’s abandonment of a Lisbon referendum.

David Cameron is expected to update the press with his reviewed European policy at 4pm today, after meeting with his backbenchers.

Following PMQs, Speaker Bercow announced that Prof Sir Ian Kennedy has been selected as the chair of the Independent Parliamentary Standards Authority.

Posted by PSA Communications at 14:57 No comments: 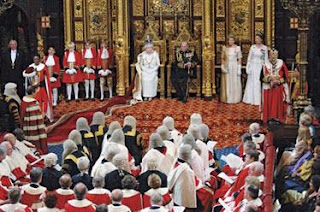 The legislative programme for what could be the last session of parliament with the current Labour government will be announced by the Queen on 18th November. With a general election expected in May 2010, the legislative timetable will be tight and many of the expected bills may never make it through parliament to Royal Ascent.

In what will become a General Election battleground, the legislation announced may define Labour for decades. The PM had already given a flavour of what to expect when he published ‘Building Britain’s Future’ in June of this year.

In summary, the following 11 bills are expected:

Two of the significant bills expected are the Financial Services and Business Bill and the Digital Economy bill. With the former aimed at tackling the ‘bonus culture’ in British banks and strengthening the role of the FSA. Expect a number of vote winning measures to be introduced, to ensure that Labour is deemed the party that punished the banks for causing the financial crisis.

The Digital Economy Bill will detail how Britain will become a leader in the global digital economy. This will include several commitments that were laid out in the Digital Britain report including; a commitment to universal to 2mb broadband access, new curbs on illegal file sharing, a new system of videogames classification and enhancement of OFCOM.

N.B. Parliament will be in prorogation beginning the 12th November.

Posted by PSA Communications at 14:30 No comments: