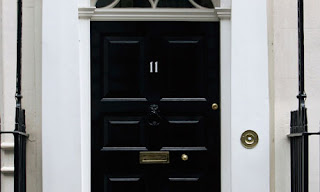 1. The politics and economics of today’s Budget

1.1 Chancellor George Osborne’s Budget today was extremely important for the future of the Coalition and, potentially, for Mr Osborne’s own future. Even though we are less than a year into this Government, today represents arguably the last – and best – chance to set a strategy for growth and electoral success in 2015.

No more room for savings

1.2 Mr Osborne’s earlier “emergency” Budget last summer was designed to identify where the painful spending cuts would come. Having done that, he had very little “wriggle room” either to adjust the cuts programme or to identify other savings – he told everyone last summer that the emergency Budget was a one-off and permanent change to spending patterns.

1.3 Better economic times therefore had to come from real growth, not more savings. With growth so sluggish and little economic good news to tell, the Chancellor’s task today was to produce proposals which would remove his perceived structural obstacles to a brighter, high-growth future. Without removing obstacles now, there would be little chance to make an impact before the next General Election: the UK economy simply doesn’t move fast enough for such policy changes to show results.

…but reform better?
1.4 Mr Osborne has a deeper ideological agenda than simple growth. He wants permanent systemic fiscal reform. So today’s Budget wraps up serious structural reform proposals in the language of growth promotion and entrepreneurship. For example:

· By talking about tax “simplification” and “removing anomalies” between income tax and National Insurance, for example, the Chancellor can give the impression of reducing taxes and increasing personal spending power, whilst making future revenue collection more responsive and future fiscal policy levers easier to manipulate.

· By promising to make tax “more transparent”, and better linking personal deductions to public spending, he hopes to encourage a culture where taxpayers monitor Government expenditure more closely and are more resistant to “Big Government” projects.

1.5 If he is successful, the Chancellor will probably have altered the UK’s tax and benefits system irrevocably, and he clearly stands ready to gain electoral and personal political success. Labour’s Budget response today was necessarily sharp and combative, but the Opposition party will need strong predictive modelling to establish which of Mr Osborne’s wheezes today are designed genuinely with growth in mind and which are designed for the 2015 General Election.

The Chancellor said that today’s Budget “is about moving from rescue to reform, and reform to recovery”. He said the measures he announced were “fiscally neutral across the period” and, in a nod to his strategic aims, published his “Plan for Growth” alongside the traditional Red Book of facts and figures about the Budget Statement. These are the key points from today’s Budget Statement:

2.5 There will be a consultation on the Office of Tax Simplification’s proposals to merge the operation of National Insurance and Income Tax.
2.6 The Budget abolishes 43 complex tax reliefs and removes over 100 pages from the tax code.
2.7 From April 2012, the default indexation assumption for direct taxes will move to CPI but there will be protection through this for employers National Insurance Contributions.
2.8 Also from April, corporation tax will be reduced by 2% not the previously-announced 1% and will continue to fall by 1% in each of the following three years.
2.9 No further change to VAT rates or categories this year.
2.10 Major changes were announced to the Enterprise Investment Scheme and generous new allowances for “business angels” introduced to encourage investment in start-ups and SMEs.
2.11 Mr Osborne confirmed that he views the 50p income tax rate “as a temporary measure”.
2.12 The business rate holiday for small businesses is extended for another year – to October 2012.
2.13 From April small companies research and development tax credit will rise 220% this year and 225% next year.

2.17 £350 million worth of specific regulations will be scrapped and Lord Young’s health and safety recommendations will be implemented in full.
2.18 The Treasury is publishing a new strategy paper, “Tackling Tax Avoidance” and will close down various Stamp Duty Land Tax avoidance loopholes, tighten capital gains rules for companies; end the practice of disguised remuneration and “tackle the exploitation of low value consignment relief that has left our high street music stores fighting a losing battle with warehouses in the Channel Islands”.
2.19 The tax avoidance measures tackled will raise £1 billion a year.

Other points of note
2.20 The Green Deal remains on schedule and Mr Osborne said, “I now confirm that we will act to incentivise and encourage its take up”.
2.21 The Green investment bank will begin work one year early in 2012, with an extra £2bn in funding.
2.22 £100m funding for science facilities announced.

2.23 Budget Statements are famous for “gaps” – the hidden detail and stealth consultation that eventually emerge from the mass of paperwork released on the day. Over the next week, think tanks, MPs, academics, tax and economic experts will pick the Budget apart word by word and graph by graph.

Keep on track with PSA

2.24 As and when greater detail emerges on key issues, we will let you know. However, if there is something in particular that you would like us to look out for, or to follow in detail, please let us know. 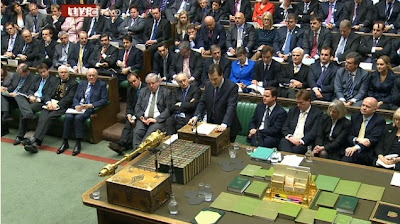