Spending Review 2010
Posted by PSA Communications at 14:56 No comments: 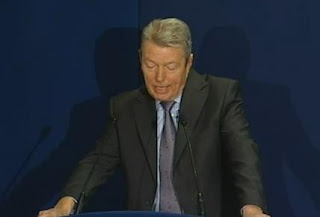 Shadow Chancellor Alan Johnson today reiterated the Labour Party's commitment to reducing the deficit in four years. In a short speech which lacked detail, he argued for "targeted tax changes" to play a bigger role in deficit reduction and economic recovery.
In his first speech since being appointed to the Shadow Cabinet, Johnson lamented the Coalition for making unfair choices on a number of measures and taking a "reckless gamble", but did state that Labour would not oppose all the cuts implemented. Johnson consistently referred to growth throughout his speech, claiming that Coalition policy endangered recovery.
Overall, a speech which illuminated the direction Labour plan to head on the economy, in which he stated "speed does matter". In short, Labour's growth plan v's the Coalition's dangerous austerity plan.
Posted by PSA Communications at 12:18 No comments:

An initially nervous performance from Ed Miliband in his first outing at PMQs progressed into a sure footed attack on the Government’s controversial child benefit policy. Miliband’s questions focused on the specific affects the new policy will have on middle income families, the PM responded with a general defence of the Government’s agenda and lamented Labour for leaving the country in such a dire economic state. 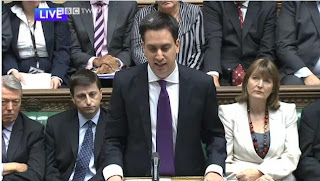 Overall, a solid first performance from Ed Miliband which will slightly worry Cameron’s team, though they will be aware that Ed can only attack for so long, before presenting alternatives. The Labour team are attempting to do just that in time for the CSR next week. Interestingly Ed’s brother had private engagements today and couldn’t make it to the chamber.
Posted by PSA Communications at 13:56 No comments:

Shadow Leader of the House of Lords
Baroness Royall of Blaisdon