The Parliamentary Voting System and Constituencies Bill is now set to ping pong between the Commons and the Lords after Peers have defeated the government by 277 votes to 215 on the amendment tabled by Lord Rooker, which insists that the AV referendum is subject to 40 per cent turnout threshold. It is worth noting that the first vote on this amendment was carried by one vote, so supportive contributions from Lord Lamont and Lawson have clearly had an impact with the Tory rebellion increasing from 10 to 27. 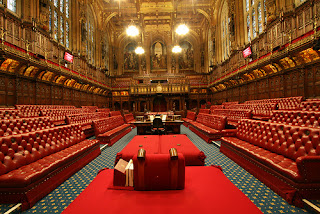 The stakes are high, with the AV referendum being a central tenet of the Liberal Democrats achievements since entering into the coalition government. Both Houses of Parliament look set for a sleep deprived night of legislative ping pong.


If the Bill fails to receive ascent this week, the May 5th referendum date is out the window, which will be terrible news for Nick Clegg and his party, and all this when things were beginning to look up with polling now suggesting the Yes campaign is ten points ahead.
Posted by PSA Communications at 14:10 No comments: 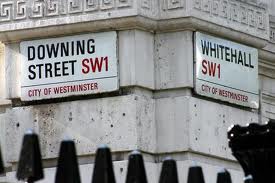 The Government has published January progress updates for each department’s Structural Reform Plans.

Posted by PSA Communications at 15:13 No comments: