Who does what in Whitehall...

The Government has published departmental structure charts showing the name, job title and salary for all senior civil servants, plus team information and job descriptions across central Government.
Posted by PSA Communications at 10:28 No comments:

Ed gets angry at PMQs 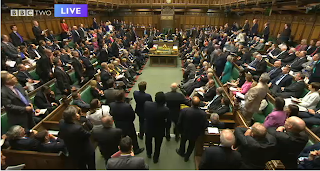 It’s been difficult few weeks for Ed Miliband with the disquiet surrounding his leadership beginning to grow louder, thanks in part to a new biography and leaked documents illuminating Brown/Blair feud a little further.

Miliband decided to use all six of his questions to raise a very specific element of the Government’s welfare proposals. He claimed that cancer patients in recovery would be £94 worse off under the proposed system. He was passionate and angry and at one point lambasted backbench Tory MPs as a disgrace for shouting whilst such an important issue was being discussed and called on Cameron to pause the legislation.

The PM failed to grasp the point he was making and looked somewhat confused as a result. He insisted that the Government did not have plans to reduce welfare payments to cancer patients and told Miliband to “check his facts before coming to the House”.
Verdict: Miliband performed well and he needed to more than ever after a shaky week. The PM held his own but once again showed that he is not completely comfortable when questioned on policy minutiae but is the master of the sound bite calling Miliband “the weak leader of a divided party”.

Overall, a much needed win for Miliband.
Posted by PSA Communications at 14:26 No comments:

Structural Reform Plans for May

The Government has published May progress updates for each department’s Structural Reform Plans. 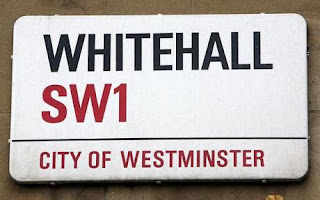 Download the update reports for each department:
Posted by PSA Communications at 12:38 No comments: