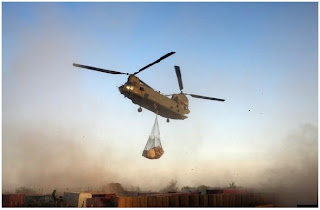 The final Prime Minister’s Questions before the long summer break was dominated by a spat over helicopters. Neither the PM nor Conservative Leader David Cameron could make a knockout blow as each tried to goad the other with generalities about how to fight a war. The PM said that a lack of helicopters didn’t lead to loss of life – but he was planning to send more anyway. Mr Cameron countered that the ex-Chancellor had cut the budget for helicopters while at the Treasury.

Liberal Democrat Leader Nick Clegg suggested that the PM was “busy doing nothing” and, to groans from MPs, highlighted a lack of progress on electoral reform as an example. The PM batted him away, saying that Opposition parties lacked policies on jobs, homeowners and small businesses.

MPs now have nearly three months off for the Recess and may well be busy doing nothing themselves.

Posted by PSA Communications at 14:27 No comments: